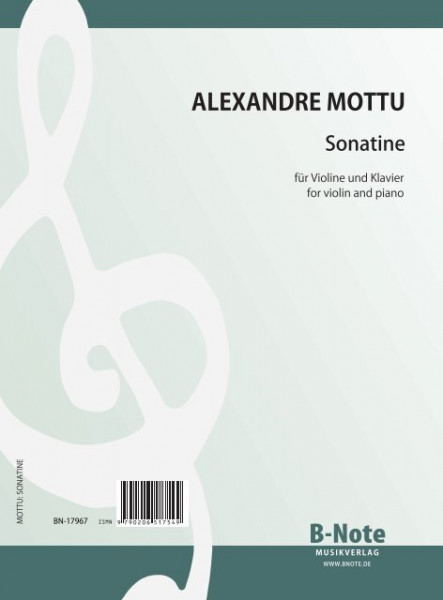 Alexandre Mottu was born in 1883 in Chêne-Bougeries (Canton Geneva), Switzerland, the son of a bank clerk. He first studied organ in Geneva with Otto Barblan, among others, and eventually moved to Leipzig, where he studied piano with the Liszt pupil Alfred Reisenauer. In 1907 he became a professor at the Geneva Conservatoire, where he taught piano and organ; at the same time he was organist in Les Eaux-Vives. Mottu was a well-known concert organist and wrote mainly organ music and works for piano in the last years of his life. His style is tonally and formally rather conservative, but musically strongly influenced by the French school around Vierne and Tournemire.