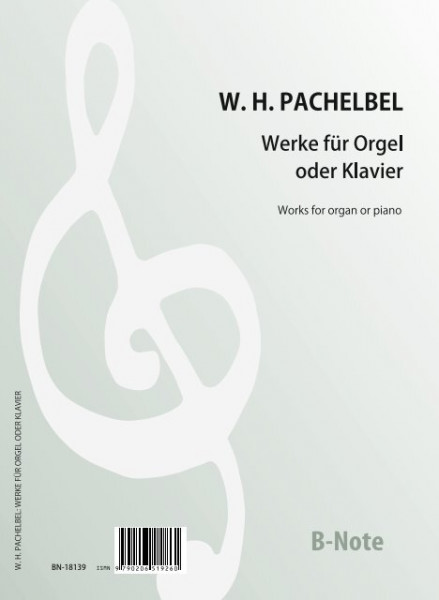 Wilhelm Hieronymus Pachelbel was born in 1686 as the eldest son of Johann Pachelbel during his time in Erfurt (Thuringia). He was musically trained by his father and was organist at several churches in Nuremberg and the surrounding area. His last position was at the main church of St. Sebald in Nuremberg. He left only a few compositions. The first three works presented here are for keyboard instrument, the fourth and fifth expressly for organ.
It is interesting to see in these works how Johann Pachelbel's son departs from his father's strict baroque approach: they are fresh, lively pieces at the beginning of the rococo period.