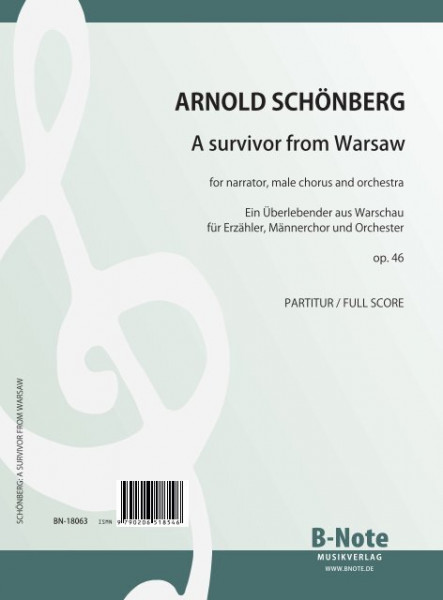 The basis for this work by Arnold Schönberg were reports from the Warsaw Ghetto, which he had received directly and through third parties from witnesses. In this very real symphonic poem, he describes cruel events in the ghetto, where Jews were persecuted, mistreated, humiliated and killed under National Socialism. At the end, a chorus rises with the Hebrew creed „Schma Jisrael“ - sung by ghetto inhabitants on their way to death.

Schönberg was already seriously ill when he composed it. He completed the particell; the technical elaboration was carried out under Schönberg‘s supervision by René Leibowitz.