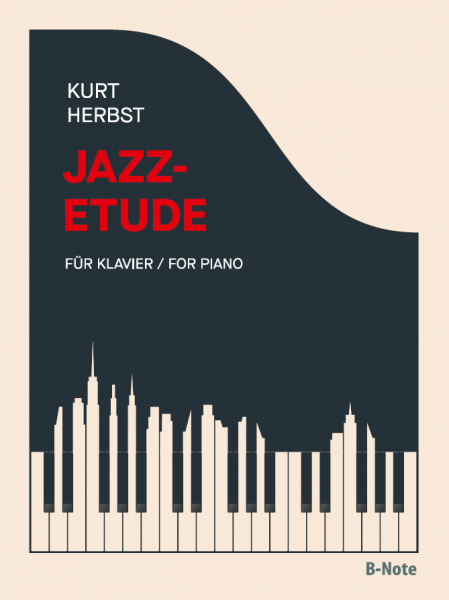 Almost nothing is known about Kurt Herbst - only this: he worked as a musicologist and critic during the Weimar Republic. He left no compositions. Only his "Jazz Etude" was printed by Schott. It is an interesting testimony to the german-austrian musical culture of the time: it broadened into many different directions with great vitality. One was the Viennese School, another was jazz, which combined with serious music in the metropolises. The works of Erwin Schulhoff, for example, bear witness to this and are being played again more and more frequently. This jazz etude also deserves attention. It depicts the hustle and bustle of the time almost cinematographically – acoustically, the descriptions from films such as "Berlin - Symphony of a Big City" spread out in this work. We are pleased to be able to publish this work again. We want to thank Mauro Piccinini from Jens (Switzerland) for providing us with a copy of the first edition from 1928.

This work has been released on CD in a worthwhile recording with Gottlieb Wallisch on the Grand Piano label ("20th Century Foxtrots Vol.2").