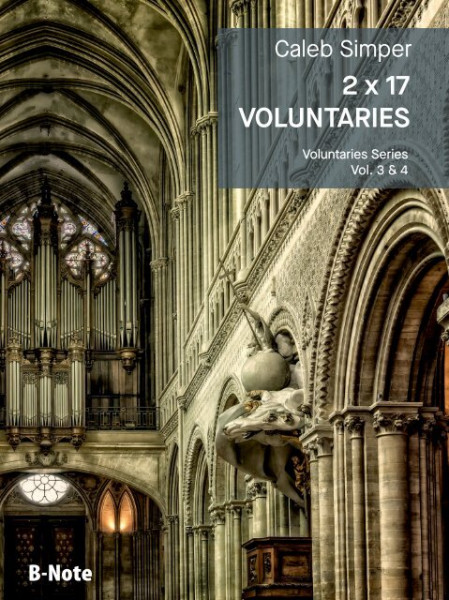 Caleb Simper (1856-1942) was a Scottish musician and self-taught in this capacity. He composed mainly sacred and worship music for choir or organ and was a superstar of church music during his lifetime: some five million copies of his works were sold by 1920. His 12-volume Voluntary series, each with 17 pieces, contains utility music in the best sense: short and very short pieces from easy to medium-easy, which will find many friends in their victorian-romantic style. Even for part-time organists, most of the pieces are almost entirely playable at sight: Anyone who has Simper’s Voluntaries with them is always prepared for all occasions.